One of the goals of Lower School science classes is to introduce the beauty and mystery of every aspect of different science disciplines to students and support them in seeing connections between those disciplines, including chemistry, physics, biology, earth science, astronomy, computer science, and engineering. With this exposure, students can find their interest and passion and continue to explore more as they get older. However, there is a problem with learning science in this manner. Students will encounter a lot of science vocabulary that they are not familiar with and seldom use in their daily life. If not introduced properly, some students may feel that science is not for them and disengage from their learning.

So how can we introduce science vocabulary properly? In order to answer this question, we have to go back to the nature of science. Science is a community-based subject. Human beings make observations of the world around them, discuss what they see and why that happens. After they reach a consensus, they give a special name to the phenomenon, so that it is easier for them to use a common language to communicate with each other about science in the future. This is exactly how we learn science in class. Students go through different stations and activities first. Then, they come together as a group to have circle conversations about what they observed and make hypotheses about why that happened. After we reach a consensus, the science vocabulary is introduced. At the end of the unit, we also do a few reading activities and worksheets to reinforce the vocabulary and their understanding of it.

Second graders learned about forces. When they learn about buoyancy, instead of copying down the definition of buoyancy first, students were asked to gradually push down a plastic bottle from the surface of the water all the way down to the bottom of the tank. In this way, they felt the fight between the push down force of their hands and the push up force of the water. Then, they were challenged to work in pairs to use clay and aluminum foil to build boats that could hold as many pennies as possible. As they put more pennies in the boat during the testing stage, they observed that the push up force is not strong enough to fight against the gravity of the pennies. After having a discussion about their observations and the fight between forces, the definition of buoyancy was introduced. In this way, after students feel the buoyancy and observe the effect of the competition between buoyancy and gravity, the meaning of the science vocabulary becomes intuitive to them.

Fourth graders are learning about sound. When I asked students how sound travels at the beginning of the unit, a couple of students shared that “sound travels in waves,” which is a sentence that we usually see in all of the children’s science books. However, when I asked students what a wave is, none of them were able to articulate their ideas. This is another danger of introducing the science vocabulary first. Students know the words, so they feel they have learned the concept and understand it. However, students may not have a full understanding of the concepts. In this unit, we started with the particle model of sound, which is a model students learned in the unit of mechanical energy and thermal energy. Then students observed different waves in videos and simulations and were challenged to describe the connection between the particle and wave model until they were able to articulate why people say sound travels in waves, using their own language.

Students are now learning the language of science through experience. These experiences will lead them to discover what area of science appeals to them the most, but in the end, they will learn that science has something to offer everybody. 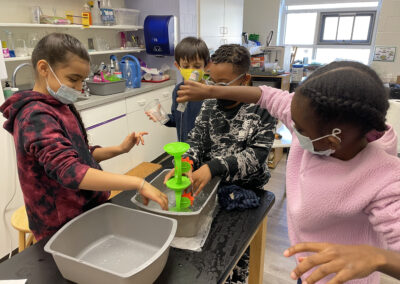 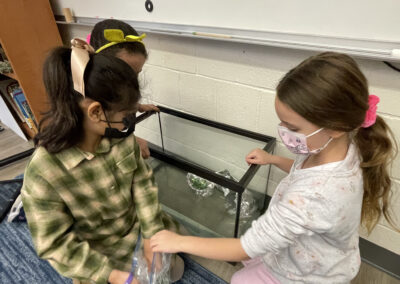 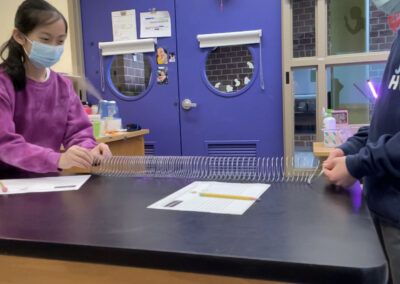 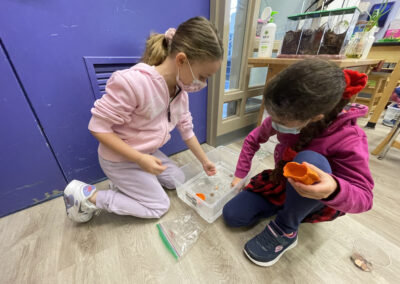